Buying a home is one of the biggest investments you will ever make, with house prices in Ireland reaching and exceeding Celtic Tiger levels over the last number of years, you may be thinking that the only way to get a home is to spend massive amounts of money.

However, there are some places in Ireland where property and apartments for sale are still affordable. We have taken a look at the findings from the Sunday Times, Irish Property Price Guide 2020 to bring you 10 of the most affordable areas to buy a three bedroom house in Ireland.

The neighbouring towns of Ballymote and Tubbercurry in County Sligo claim the top spot in our list of most affordable areas in Ireland.

Ballymote is a popular area with those working in Sligo town as there is just a twenty minute drive between the two towns.

Tubbercurry is the second largest town in Sligo and is just a half an hour’s drive from Sligo town.

Tubbercurry boasts three of the most popular and successful festivals in the West of Ireland - the South Sligo Summer School of Irish traditional music, song and dance, held each year during the second week in July, the Old Fair Day Festival held annually in early August and the Western Drama Festival, held each year in early March. These events attract large numbers of performing artists and cultural tourists from all over the world.

Tubbercurry is home to Saint Attracta's Community School, which was opened after the merger of Banada Abbey Secondary School and the Marist Convent. St. Attracta's C.S. was opened in November 2002. It is also home to The Holy Family N.S. primary school.

Mohill is a small town in country Leitrim and is just a fifteen minute drive from Carrick-On-Shannon and an hour from Sligo.

The R201 regional road runs through the centre of the town, as does the R202. The nearest station is Dromod railway station on the Dublin–Sligo railway line. Mohill is served four times daily Monday to Saturday by the Locallink Ballinamore to Carrick on Shannon bus service which also gives two daily connections to Dromod Train station.

Castlerea is the second largest town in county Roscommon and is only a half an hour’s drive from Roscommon itself.

The schools in the town are all located in the same area; they include two primary schools: St. Anne's Primary School and St. Paul's Primary School, St. Michael’s Special Needs School and Castlerea Community School- for second-level students.

Amenities in the town include a nine-hole golf course, an outdoor swimming pool open to the public during summers, a library, a soccer pitch, a children's playground, a GAA pitch and a large public park.

Boyle is a town of approximately two and half thousand people in Roscommon.

There a number of tourist attractions in the area including King House, Boyle Abbey, and Lough Key Forest Park.

Boyle lies on the railway line from Dublin to Sligo, and the N4 Dublin-Sligo main road skirts the town.

There are three primary schools and one secondary school servicing the area.

Edgeworthstown is a small town in the east of County Longford, close to the border with Westmeath.

Nearby towns are Longford 12 km to the west, Mullingar 26 km to the east, Athlone 40 km to the south and Cavan 42 km to the north.

The town is built where the N4 Dublin-Sligo/ N5 Dublin-Castlebar road crosses the N55 Cavan-Athlone road. The town also has a railway station on the Dublin–Sligo railway line.

Edgeworthstown expanded significantly during the first decade of the 21st century with many new housing developments and updated transport infrastructure including a bypass.

Strokestown is a small town in County Roscommon.

It is located at the junction of the N5 National primary route and the R368 in the north of the county.

Notable features include the second-widest street in Ireland and the Strokestown Park House, an 18th-century mansion with the longest herbaceous border in Ireland.

Granard is a town in the north of County Longford.

Granard is within the catchment area for Edgeworthstown railway station. The station is about a fifteen-minute drive; there is no bus link.

Donnelly's Pioneer Bus Service, a longstanding local bus company based in Granard, operates a route from Granard to Longford via Ballinalee.

Letterkenny is the largest and most populous town in County Donegal.

Along with the nearby city of Derry, Letterkenny is considered a regional economic gateway for the North-West of Ireland. Letterkenny acts as an urban gateway to the Ulster Gaeltacht, similar to Galway's relationship to the Connemara Gaeltacht.

The Letterkenny Institute of Technology (LYIT), which is situated east of the town centre on the Port Road, is a centre for engineering, information technology, materials science, design, business and nursing humanities.

Coláiste Ailigh is a gaelcoláiste in Letterkenny. It is a secondary school specifically designed for education through the Irish language.

Ballinamore is in south county Leitrim, 19 km from County Fermanagh, and built on the 'Yellow River'. The R202 regional road intersects the R199 and R204 roads here.

A historic barge waterway, built in the 1840s to connect the Erne and Shannon rivers, was reopened for boat traffic in 1994 as the Shannon–Erne Waterway.

Ballinamore Secondary School is the only second level institution in the town.

Ballyfin is a small village and parish in County Laois.

It is located on the R423 regional road midway between the towns of Mountrath and Mountmellick.

There are many hill walks nearby in the Slieve Bloom Mountains. Most of the area is covered in forest.

Notable features include Ballyfin Demesne which was reopened in May 2011, after an extensive restoration project, as a country house hotel.

While there are no schools in Ballyfin itself the wider area is well served by both primary and secondary schools in nearby Portlaoise.

Are you currently searching and viewing houses? If so check out top questions to ask an estate agent. 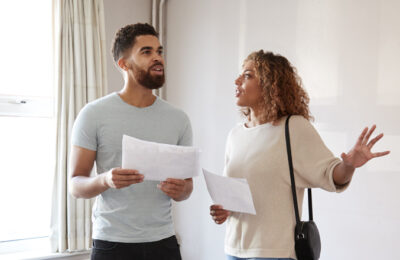 &nbsp; Viewing a house can be both exciting and daunting. We often have a limited time to view...
Read more
Looking

We’ve taken a look inside the Sunday Times’ Dublin Property Guide* to find the most afforda...
Read more