The Happy Pear have the ingredients to thrive

With a new book out, twins Dave and Steve Flynn built a business based on values and nutrition. Dave Flynn talks to The Chat about following your gut and bringing a business though the pandemic.

Dave Flynn is busy signing copies of he and his brother Steve’s latest book ‘Vegan Cooking for Everyone’ but graciously agrees to talk to The Chat about how their business The Happy Pear came about. The Greystones business, which comprises a café, food shop, a soon-to-be-opened sourdough bakery, not to mention an entire digital media, online learning and publishing enterprise as well as delicious and healthy supermarket ready meals and soups, has their personalities stamped all over it.

The Flynns – aka The Happy Pear – are best known for their passion about healthy foods and exercise are all about lifestyle but as identical twins conscientiously decided to go their own ways early on in life. “Being identical twins, you’re bred on competition, because you’ve been competing for everyone’s love and attention your whole life. We both studied business but at 21 went our separate ways after college. Steve bought a one-way ticket to Canada to become a snowboarding instructor and I went to South Africa to try to become a golf pro.”

While oceans and continents apart, the twins both unbeknownst to the other quit alcohol and meat. “Then one day Steve calls me up and says "Dave, do you want to start a food revolution and make healthy food sexy or whatever?” As Dave recalls, food was a big theme growing up. “We were in a family of four boys, so you had to eat quick!”

The twins got to work with their first enterprise, a vegetable shop, and Dave admits they were thrown in at the deep end and were something of an amusement for the workers at Smithfield Fruit Market. “They got great gas out of us, a pair of young upstarts starting a vegetable shop. But we learned a lot in that time about the fruit and veg business. A year later in 2013 we decided to start a vegetarian café. Again, we were at the deep end having never run that kind of a business we had to learn fast, especially how to cook and how to run a kitchen. We decided if it didn’t taste good, you weren’t going to have customers.”

They also quickly learnt that despite studying business in college, it didn’t prepare them for the real thing. “College was theoretical, it wasn’t practical. Fortunately, we loved what we were doing and in our minds, we were hellbent on this mission of changing the world by getting people to eat more fruit and veg.

“Money wasn’t the goal, it was always about how to inspire people to cook the best food. Also, at that time we were young and didn’t have kids, we lived together and cooked together. We lived very frugally, and you could say we were living on fresh air at the time. So, we weren’t truly business-minded but thought of it as a vehicle for social change...how we were going to change society towards being healthier and happier and build a community around that. That was the premise from the start.”

Throwing themselves into running a business came with new challenges and skills. Steve became a barista and excelled to the point where he was competing in barista championships. “Coffee is one of the most incredible flavour profiles you can cultivate in so many ways. Coffee has nearly four times the flavour notes and profiles than red wine.”

The move into publishing and meal products was also a kind of natural evolution for the brothers. To promote the business, they had been focusing heavily on social media to get the word out. A meeting with Penguin Ireland resulted in the brothers penning their first book in 2014. “We had never written a book before and they were taking a gamble and initially printed 2,000 copies that we thought would take years to sell. Within six weeks we had sold 6,000 copies and by Christmas it was the No 1 bestselling cookbook in Ireland. It went on to sell 20,000 copies.”

Meanwhile, another brother Dara had started growing sprouts and wheatgrass. “He was preparing to do triathlons for Ireland and wanted food to give him the edge and started selling his goods to local shops. But at one point his crop failed and Steve suggested he try selling our red pesto. He started selling a few and then suddenly was selling hundreds of them and so it went from our own kitchen to a commercial kitchen.”

The Happy Pear then joined the SuperValu Food Academy which helped them to get on the road to where they are today with a range of products loved by consumers.

Dave and Steve are passionate about imparting the lesson that there is a connection between healthy, natural food and healthy minds. “I think because of some of the foods people are eating they are disconnected from nature and it is affecting our mental health, leaving an emptiness within ourselves. For billions of years people evolved with a direct connection with food that connects them with nature. We tried to start a campaign to get a healthy eating programme and while that was not a success it has inspired us to grow more. What we want to do next in the short term is establish our own horticulture farm and provide locally grown veg to the local community and serve as an education centre for kids and families.”

There is hardly a business in Ireland that wasn’t materially impacted by the Covid-19 crisis and the Happy Pear were no different having to close their café in Clondalkin. Instead, they are focusing on their café and shop in Greystones, their Dublin Airport outlet, their food production plant in Kilcoole, their online cooking courses which have an audience in 110 countries, and their soon-to-open sourdough bakery.

“As business owners we had tough decisions to make but also some silver-linings. Ultimately what the crisis has forced us to do is focus on getting lean. Other business owners we talk to are in the same mindset, it is about getting back to the essentials and focusing on what is core. It has also led to us fast-tracking decisions like opening a bakery which is wonderful.” 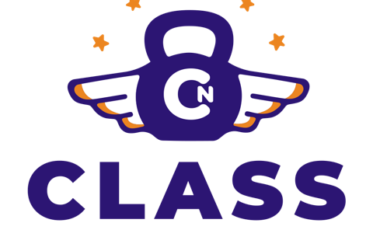 F45 is at the spearhead of Ireland’s fitness revolution. Despite the Covid-19 lockdown F45 Irel...
Read more…