The hallway, stairs and landing are unlikely to be the biggest area of a home, but it’s where first impressions are made, where everyone traipses through 24/7, and often where extra storage solutions can be created, so it’s worth thinking about what potential can be realised here.

"Hallways started shrinking in square footage in the typical Irish homes built after the 1950s, as space became a premium and they were left bereft of much natural light. So these long, dark, burrow-like spaces became the standard entrance," says architect and interior consultant, Denise O’Connor from Optimise Design.

William Doyle, of WM Doyle Construction Ltd, says installing a large skylight in the ceiling in the upper landing area will allow natural light to flood in, and will transform the look and energy of the upper landing and lower hallway. He also suggests if there is a window half-way up the stairs, to enlarge that as much as much as possible (planning permission may be required for this if it's overlooking neighbours, so check with the local planning authority first).

"The windows themselves can cost from €220 upwards for a double-glazed Velux-style skylight, while the labour for installing in a flat roof will cost around €250 per window, or €450 - €600 for slanted roofs, which require a box tunnel to be built," says Doyle.

O’Connor also found in previous projects, "that installing new internal doors with glass panels in the rooms opening onto the hallway is magic for getting natural light to flow into the hallway and vice versa." Budget around €300 per door but keep an eye on sales as they can be reduced dramatically, or check out salvage yards for second-hand glass panel doors from as little as €50.

"We’ve found that Pronto Doors and Doras are both great suppliers of good internal doors," says O’Connor. She also suggests if you are considering installing a new hall door, to talk to the joiners about glass panels both in the door and within the frame; "stained glass panelling is a beautiful way to let light in and maintain privacy or even frosted panes will do the trick too," says O’Connor.

Justin McCarthy, lighting designer with Independent Light, says, "home-owners are always trying to send light downward in hallways via a main pendant but sending it upwards actually makes for more modern illumination and creates the appearance of a larger space too." For instance, "lighting the perimeter of the ceiling is a great way of drawing the eye upwards and exaggerating the height of the space. We achieve it by placing discrete LED strips along the tops of picture rails or even on the top lip of coving, if the shape allows for it. If there are no design details at that height, you can easily install a mock lip to hide the LED strips. When you use warm white LED strips around the ceiling it gives an almost celestial ring of sunlight beaming through the roof," says McCarthy.

Another of McCarthy’s tricks of the trade is to put light sources in the floor, by way of spotlights, to send even more light upwards. "This used to be very unsafe as the lights would get too hot and burn the feet of people or animals walking over them, and they were often so dazzling they’d hurt your eyes. But the new generation of LED luminaires hardly generate any heat so they are perfectly safe and low glare, so they are much softer on the eye." You can install them into wooden floorboards, tiles and stone, and McCarthy estimates €1,500 - €2,500 would cover this type of job depending on the fittings used.

If there is no downstairs loo it’s worth considering the option of reinventing the space under the stairwell as a cloakroom or storage area.

Two meters height is ideal, but it is possible to squeeze your WC and basin into a space no bigger than a cupboard, with the toilet tucked away below the sloping ceiling and the basin on the facing wall. "Expect to pay from €1,500 - €2,000 for a standard under-stairs conversion, says Eoin Kenny of Lynch EK Property Maintenance, who also points out the barrier for this conversion in most homes is not the amount of space under the stairs but the position of the main waste pipes."

"If it does not run under the stairs, installing a new waste pipe is very expensive and messy job, as you have to dig up floors and then repair all the upheaval. Expect to add a few thousand more to the price if this is the case," says Kenny.

The other popular use for the under-stair void is to install slide-out drawers. Steve Byrnes of Complete Carpentry Service quotes an average of €550 for a two-door, and €860 for a three-door, pop out drawer system.

Long, narrow hallways can seem impossible to decorate but Louise Rankin of North Design Consultancy has a few design rules to make a striking first impression. "It is best to stick to a neutral colour scheme on walls, but use the floor to make a statement instead. A decorative tile with a nice border makes a dramatic impact, or recently we have been mixing a tiled border with a wooden centre in hallways to add texture and interest without being too overwhelming," says Rankin.

"Painting the balustrades and stairs grey (not white unless you’re happy to clean it very frequently), and fitting a smart stair runner always looks chic and draws the eye upwards. We regularly ask the carpet supplier if they can bind the edges of the runner with a contrasting colour - it only costs a fraction extra and gives a real designer-finish to a hallway," says Rankin. If there’s a solid wall rather than open balusters on the staircase, Rankin suggested asking a carpenter to install simple two-by-two pieces of wood as square balustrade spindles to give the hallway a more modern and open feel.

The dead space at the end of a narrow hallway is also the perfect place to house an inviting bench says Rankin. "It’s great for putting shoes on and off, or you can use the space underneath for extra storage by adding a hinged lid. Lastly, a smart console table with handy drawers, boxes or baskets, or hanging a big mirror near the light source will help bounce light around and finish off the space perfectly."

Over the next few weeks we will be delving into more potential interior and exterior building and design projects, that can help transform and upgrade a second-hand property, without any need for adding an extension.

Estate agent Owen Reilly gives his tips on getting the best valuation when selling your home. ...
Read more
Mover

It has been a particularly busy 12 months for Neasa Parker – she has got engaged, she has had...
Read more
First time buyer 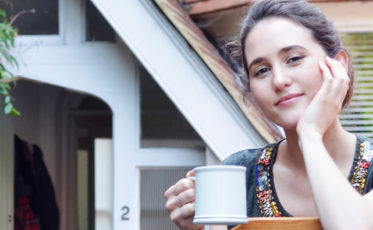 4 reasons to start saving for your first home

1: A sense of security Owning your own home feels quite different to renting. Sure, you'll s...
Read more