How to decide to buy a house

How to decide to buy a house. Read our interview with a couple about their mortgage journey from making a decision to buy to moving into a home.

The mortgage journey is complicated and it’s sometimes hard to see a positive outcome, but it does work, says Ann and Stephen from Dublin.

Why did you decide now was the right time to buy?

We had an account with the bank* for a couple of years and went in to see the lay of the land and lo and behold, a couple of months later we were actively looking to buy a house.

From looking at the market and seeing that it was only going up, that pushed us on a little bit. We’d been saving for a few years and while our own rent was quite good, we saw the rents around us skyrocketing.

We got a bit scared because of that, that we wouldn’t be able to afford something going forward. We also wanted a bit more space, as we were in a one-bed house.

We thought we’d be better paying off our own mortgage and to be able to do what we wanted with the house and not essentially be paying someone else’s mortgage.

We had had a look around and there were a few houses that we liked so decided to take the plunge. We didn’t know what we could look at, in terms of price.

We had considered what our dream house might be but we didn’t really know what we could actually afford.

During a meeting with the bank they gave us an indication of how much we could borrow. That made it a lot more real for us.

Was it a difficult decision?

It was the logical next step for us. Finding the right house was a bigger decision; that was very difficult.

We probably looked at upwards of 100 houses, including new builds, established areas, and the original catchment area we would have preferred.

We just couldn’t afford that area and we were trying to figure out what our priorities were.

We battled with an awful lot of elements, searching for the right house.

We saw a new build that we really liked but the phase had been sold out.

We had it in mind that this was the house for us but we then had to wait six months for the next phase, so we kept looking elsewhere in the meantime.

Then there was that battle between, do we hold out for the house that we love or do we go for another one?

The market does move quite quickly and can be quite difficult to wrap your head around making a decision.

We ended up going with a new build because that meant that the bidding war was taken away.

Did you enjoy house hunting?

Looking for a house was both stressful and enjoyable.

The stress being, if this is going for €15k above our budget, can we afford it?

It’s enjoyable in that we were getting ideas from every house that we saw.

We then had a really good sense of how we wanted to use our house.

In terms of the mortgage, the bank did everything they could to help us.

Approval lasts for six months but you can generally extend this without difficulty if your circumstances haven’t changed.

What I would say to people in the same position is that the bank has numerous products so don’t be scared to go in and chat to them about it.

For example, when we started this process, we had a car loan.

The bank said we should be able to get approval anyway but if we cleared the loan it would make it easier.

Are you happy you went with a new build?

Yes, with a new build it’s a set price.

They may put a premium on a south-facing back garden, depending on the builder, but we had a choice of 10 houses, all at the same price.

It’s great to see building starting up again. In one area, there are four or five sites starting up.

You can put your name down for these houses and while this doesn’t entitle you to jump the queue, it does mean you get notified that the next phase is coming up.

If you call up and show you’re interested before something launches, they might send an email out a week in advance of a pre-sale to those who have registered.

How did you find the technical/legal side of things?

Being first-time buyers, there were a lot of questions around things like when do we talk to a solicitor, when is money transferred and how do the deeds work etc.

Luckily we could rely on family and friends as sources of information.

However, don’t be afraid to ask your mortgage specialist in the bank, they were very helpful to us. We were never made to feel that we asked a stupid question.

I would also advise any first-time buyer to get a good solicitor.

Not necessarily the cheapest solicitor or the one your family uses for business but one that is an expert in conveyancing.

We had a fantastic solicitor who very much held our hand through the entire process. It’s too important to get wrong.

You will be glad you spent the bit extra in the long run.

Are you looking forward to moving in?

It is all worth it in the end. We spent the last while living out of a suitcase as we had to give notice on our rental and we were bridging that gap.

It was a little bit stressful but we are delighted to finally be moving into our own place and to be putting our own touches on things.

We’re glad to have a back garden again and to be able to put something on the wall without having to ask permission from the landlord.

It’s exciting shopping for all your little touches. That’s a great feeling.

For more information on getting mortgage ready and top tips, signup to get your First Time Buyer e-book today. 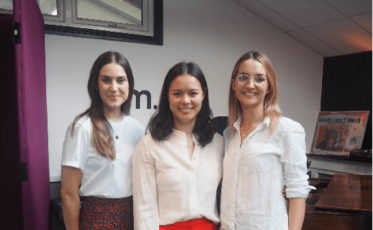 We’ve reached the end of our six part first time buyer series brought to you by Bank of Irela...
Read more
Looking 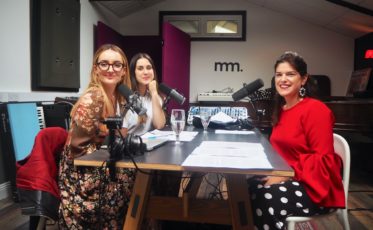 We’re almost at the end of our six part home-buying series brought to you by Bank of Ireland ...
Read more
Looking 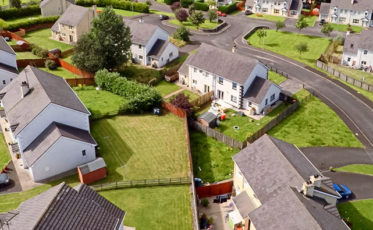 Buying a home is one of the biggest investments you will ever make, with house prices in Irela...
Read more